Food brings us together

It’s not hard to understand the power of food in bringing communities together, whether through growing with Incredible Edible Incredible Edible – If you eat, you’re in , The Real Junk Food Project Welcome to The Real Junk Food Project – TRJFP or any of the many other great food initiatives worldwide. There’s something about creating food and meals together which draws everyone in, whatever their culture, age, or economic situation. There’s a kindness there, which shows us at our best, whoever we are with and whatever the circumstances.

This was brilliantly demonstrated at a session I attended recently called Life Sized Cities, organised by York-based community engagement team My Future York and community-led neighbourhood project www.yoco.uk. More on that here Life Sized York Central – second session, Milan – Phil Bixby – My Future York. It was part of a short series of films and discussions looking at examples of neighbourhood-level rebuilding in various parts of the world. We considered how these grassroots actions could influence the nascent York Central development, one of the biggest brownfield sites in Europe, adjacent to York City Centre. Unsurprisingly, food featured strongly in the film and in the discussion which followed.

This reminded me of a project I and a small group of others started in 2014 in a long disused C15 building in York called the Red Tower Red Tower York – York Community Hub.

Having surmised that the local council owned the building and would welcome a community use for it, we got a key and just let ourselves in. Working on the basis that waiting for permission would have potentially stymied the whole idea, we simply cracked on with opening and using the space. Fortunately, the council was happy to turn a blind eye, trusting us not to burn it to the ground (we didn’t!).

Not letting the lack of running water or electricity put us off, we opened a very rough and ready community café on random days when we could be around to organise it. Over homemade cake (there’s ALWAYS cake!) and flasks of tea, we gathered thoughts and ideas from dozens of local people about what they thought the building and surrounding garden area could be used for. Food, naturally, was a big part of the conversation – affordable, local, and readily available.

Creating an edible garden – and a new future for the Tower

The first task was to create a growing area, so, thanks to a proactive local funder and donations of materials and skills from local people, we had created a raised bed in no time. This was used to grow herbs which were free for anyone to pick and use. It has since become a welcome feature all year round, with barbeques and a regular community café making good use of the indoor and outdoor space.

This was around five years ago, and the Red Tower has since gone from strength to strength. Having raised the money for a revamp, winning a design award in the process, we formally reopened the building in 2018. It now hosts a regular pay as you feel community café and zero waste store, an advice hub for the local community, and a great space to hire for meetings, parties, and cultural events. It just goes to show the power of food to bring a community together while breathing new life into an important heritage building in York. If it can work here, and in Milan, surely it can work in York Central?

Imelda Havers is a York-based community activist at www.bluefishregen.com 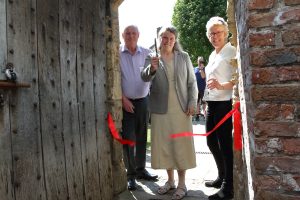 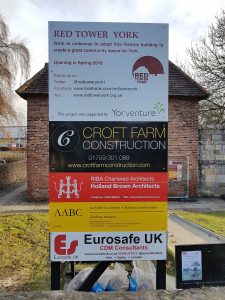 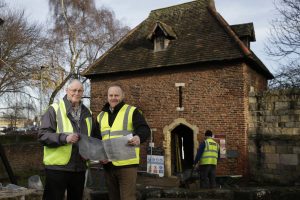 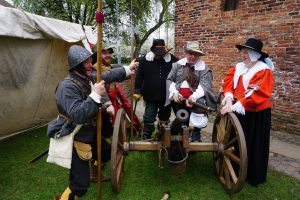 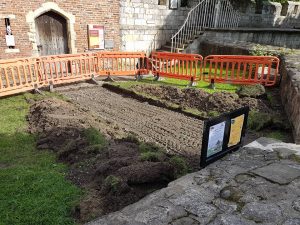